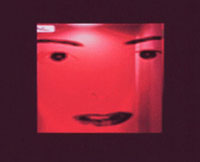 In conjunction with Lynn Hershman Leesons appointment as a Cornell A. D. White Professor-at-Large, sponsored by the Goldsen Archive and the Department of Comparative Literature, the Archive is the repository of original storyboards, manuscripts, designs, and accounts of six Hershman installation projects:

In addition, the Goldsen Archive includes separate listings of DVDs by Hershman Leeson, as well as her portfolios that are included in the Renew Media/Rockefeller Foundation Fellowships in New Media Art.