"ETC: Experimental Television Center Archives" is a collection of digitized tapes and ephemera of the electronic media work of over one hundred artists who have worked in the Center's Residency Program in Owego, New York, from 1971-2011. Directed by Ralph Hocking and Sherry Miller Hocking, ETC is dedicated to the development of video and digital instruments in the service of creative visual and sonic investigation by artists from around the world.  The collection offers a look at the evolution of the unique artist-designed sound and image tools that are the hallmark of the Center's studio and provides a view into the constantly changing artistic processes and practices that have shaped artistic experimentation in video over the years. This archive contains works by the first generation of video and film artists - including Barbara Hammer, Gary Hill, Jud Yalkut and Aldo Tambellini - as well as contemporary works by artists such as Kristin Lucas, Lynne Sachs, and Barbara Lattanzi. The works have been widely exhibited internationally and received awards from festivals around the world. 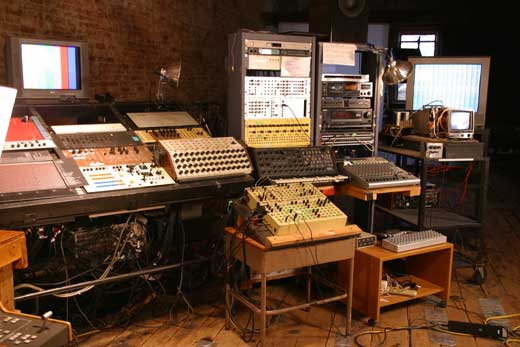 The digital Archive includes ETC: Experimental Television Center 1969-2009, an anthology of ten DVDs, drawn from the Archive's digitized tapes. An essential component of the project, the digitizing of early video works recorded on obsolete formats, was performed through the Standby Program by Bill Seery. The project has received support from the Digitization Project Grants Program at the New York State Council on the Arts for which the Goldsen Archive is the official repository, mediaThe foundation, and the Daniel Langlois Foundation for Art, Science and Technology.

Learn more about ETC and explore the collection (access available to Cornell-only).